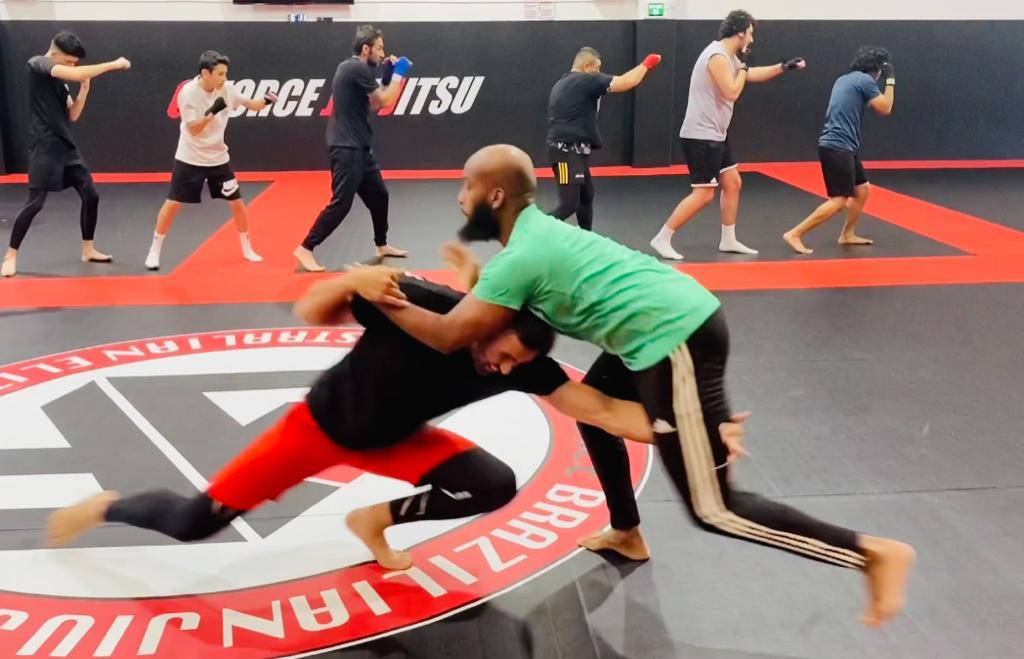 There are plenty of benefits awarded to the wrestlers who dedicate themselves to the sport. It’s obvious that wrestling develops a physically strong base, but it also teaches lessons that can be translated into other aspects of life once a wrestler’s career is over. If you’re uncertain about whether or not you or your child should wrestle, this guide offers a few reasons that should help you make your final decision.

Wrestling is one of the only sports that everyone in the world can understand. There probably aren’t many people in the world who haven’t wrestled around or roughhoused with siblings and friends. The desire to test one’s strength and physical ability is innate — kids everywhere do it for fun! Competitive wrestling, in a formal setting, is a sport understood at its most primal level.

Wrestling doesn’t discriminate. No matter your body type — height or weight — there is a place for you in wrestling. In some sports, only certain body types are able to succeed. In wrestling, as long as you are tough and have the desire to win, nothing else matters. Weight classes ensure fairness amongst the competitors, so you’re never too small or too big to participate.

Most wrestling teams don’t even cut their athletes from participating for lack of skill or talent. Rather, it’s more common for a wrestler to get cut from a team for not meeting academic, citizenship, or other (nonphysical) requirements. As long as you have the desire to be a member of the team, that’s where you belong.

Sports are a great way to establish and reinforce positive personality traits and characteristics. Wrestling, in particular, embraces and teaches an array of life lessons that may not be as strongly promoted in other sports:

When you wrestle, you can’t rely on anyone but yourself. You have to be accountable for your own successes and failures. For this reason, wrestlers must be confident. Without a positive attitude, there will be no success. From the onset, wrestlers learn to count on themselves, gaining confidence on and off the wrestling mats.

Waking up before the sun rises for early morning runs, fasting to meet a desired weight, sacrificing a social life in order to train and compete —these are only a few of a wrestler’s duties. One of the most beneficial lessons a wrestler will learn is that this sport requires an insane work ethic. Sometimes, you have to do things that aren’t that “fun” to reach your goals.

Wrestlers learn to be both physically and mentally tough. It takes a tremendous amount of toughness to pick yourself up off of the mat when you’re losing, and it takes incredible will power to lose that last pound before a weigh-in. You’ll never be able to name a successful wrestler with a weak mind because, well, there isn’t one.

People who have never wrestled have a hard time understanding how mentally and physically taxing it is on competitors. Because of this, wrestlers develop more than just a sense of respect for each other — they develop an admiration. They know how difficult it is to win.

Opponents are always required to shake hands before and after each match. Nevertheless, it’s not uncommon to see foes turn into friends after the final whistle blows. Matches often end with embraces, and sometimes the loser will even raise the winner’s hand!

Every sport teaches its athletes to be competitive. However, wrestling is different because your team essentially becomes your opponent. In order to stay on the team, you must survive the practices. In order to compete for the team, you’ll need to beat everyone on your team who is in your weight class. To win in competition, you need to train harder than your opponent. You need to want it more. No matter how you look at it, the odds are going to be stacked against you. Relax! You’ll soon thrive on good competition.

The degree of athleticism it takes to succeed in wrestling is second to none. Although many wrestlers don’t start out as “natural athletes,” wrestling improves balance, reflexes, strength, endurance, and agility. Wrestlers are often very lean and strong for their body weight. A wrestler’s physique is further reinforced by the body fat and hydration tests that are enforced at the scholastic and collegiate level.

The knowledge they’ll gain about proper dieting and weight maintenance will benefit wrestlers long after their competitive careers are over. Wrestling will undoubtedly improve an athlete’s capabilities in other sports as well.

Wrestling teaches the basic skills about how to protect yourself on the event of a physical altercation:

If anything, basic wrestling skills will help you better understand how to keep yourself safe in some of the most undesirable situations.

You are going to be faced with many decisions in your life and getting involved with wrestling is, perhaps, one of the best decisions you could make! What you learn in wrestling can be translated into nearly any endeavor. Keep in mind that, like anything, what you’ll get out of wrestling is determined by how much effort you’re willing to put in. In order to grasp its maximum benefit, be prepared to put forth 110 percent in training and competitions. Now, get on the mat and make it count!